Making a sustainable production has always been a complicated task, as a production always uses a lot of resources for a correct realization.

What forces us to take a series of measures that benefit the environment, which is already quite damaged.

A SUSTAINABLE PRODUCTION MINIMIZES THE NEGATIVE IMPACT IT GENERATES ON THE ENVIRONMENT.

Environmentalism comes to the film industry to make it more sustainable and respectful to the ecosystem of the areas where we produce.

And this is only possible by carrying out a series of practices that help in the correct use of resources and optimization of materials.

DO WE GENERATE SO MUCH CO2 AND GARBAGE IN OUR PRODUCTIONS?

To give you an idea of how prejudicial we are to the environment, I will give you an example.

In the city of London alone, it has been calculated that the audiovisual industry generates the same amount of CO2 as a small city of some 20,000 residents.

Not only does it consume a brutal amount of resources, but it also wastes them ruthlessly. The 95% of the material used in a production usually ends up in the garbage. And that is something we must change.

We are talking about constructions such as stages, sets and other structures that usually end up in the garbage once the shooting is over.

We can also talk about entire dressing rooms that we buy and then end up in the garbage.

We have to be aware of how important it is to make our productions friendly with the environment, which is being increasingly damaged by the hand of man.

Environmental sustainability, as is occurring in more sectors, has become a key issue in this cultural field as well.

Now, every production process is carried out in places where there is a high impact from the use of transportation, set construction, lighting, catering and water supply. Not to mention a whole team of people for weeks or even months stepping on natural environments.

But not everything is bad. The film industry is already in the game. The studios and regional syndicates in popular film production centers such as Vancouver, Los Angeles, and London are incorporating sustainable production practices that take into account environmental, social, and economic issues.

But despite the high-profile visibility of the film industry, this impulse for more sustainable films as well as green production practices are not as well known or appreciated.

It is true that in the United States the ecological problem in a production is greater than in other parts of the world. That’s why they were some of the first to take action.

In the Los Angeles area, 20th Century Fox, NBC Universal and Sony Pictures are examples of studios that are tuning their focus on sustainable production. Sony Pictures employed a full-time independent contractor, Earth Angel, on the set of “The Amazing Spider-Man 2” and achieved a 52% waste detour rate from landfills.

They donated nearly 50 tons of materials (wood, steel, glass) for reuse in future production and nearly 6,000 meals to community shelters. This provided it with a carbon neutral certification.

This mega-production is promoted as the greenest film in Sony Pictures’ history and has attracted attention in magazines such as The Hollywood Report.

Sustainable film production is not limited to North America.  Abroad, the British Academy of Film and Television Arts (BAFTA) is aggressively promoting sustainable production through a consortium of 12 of the UK’s largest production and broadcasting companies.

Consequently, the Academy has its own carbon calculator, certification scheme and a non-profit organization called Media Greenhouse, which promotes sustainable production practices in the industry.

We must be aware that films produced in North America and the United Kingdom represent only a fraction of the global film industry.

According to the UNESCO Institute for Statistics, we have an average of about 6,200 films worldwide since 2005. There are a rising number of international examples of change in the usual practices.

Despite the knowledge that sustainable film production can save money, sustainable production documentation, transparency and coordination in the film industry is still a fairly new concept.

While the development of these initiatives may seem overwhelming, organizations such as the US Green Building Council and its well-established set of Leadership in Energy and Environmental Design (LEED) rating systems can serve as models for the film industry to organize and strengthen the sustainable production movement around the world. We will see this over time.

The organization of an industry-wide performance evaluation that includes sustainable production best practices from around the world could provide consistency in film productions, a platform for documentation and a coordinated approach to screen greening.

Being pro-environment could play a leading role on the world’s film scene.

THE FIGURE OF THE GREEN RUNNER IS BORN

To do a “Green Shooting”, we need more things than we can imagine. As it happens in other sectors, usually the impact that humans have on Nature is not given the attention that it should.

No one thinks that an audiovisual production, whether it be a film, series, commercial or video clip, can be something potentially harmful to the environment, although in reality it is. And at the very least, not very respectful.

The other side of the coin is that the audiovisual sector is one of the sectors with the greatest capacity for transformation in society, and here another of the pillars of sustainability comes into play: social inclusion.

Taking care of the environment can be economically profitable and socially beneficial for an entire community.

Be that as it may, in order to make production sustainable, we will need a key figure; the ” Green Runner ” or ” Eco Advisor “.

These people are experts in environmental care and sustainability. They are in charge of calculating and reducing the ecological footprint in the shootings and therefore, they can avoid the over exploitation of the environment.

We are dealing with a new profession in an activity that is increasingly committed to sustainability.

10 TIPS TO MAKE A SUSTAINABLE PRODUCTION

We believe that it is essential to start implementing these measures as soon as possible to ensure a more sustainable production. The fight against environmental damage is everyone’s business.

Actions such as reducing electricity consumption, recycling sets or building them with materials that are not harmful to the environment, optimizing transportation during filming, eliminating single-use plastics, generating beneficial conditions for team members, among others, are some of the most evident ways to make the seventh art industry more sustainable.

Fortunately, as we mentioned before, the figure of the “Green Runner” already exists in many countries to advise producers and ensure that filming meets ecological standards. 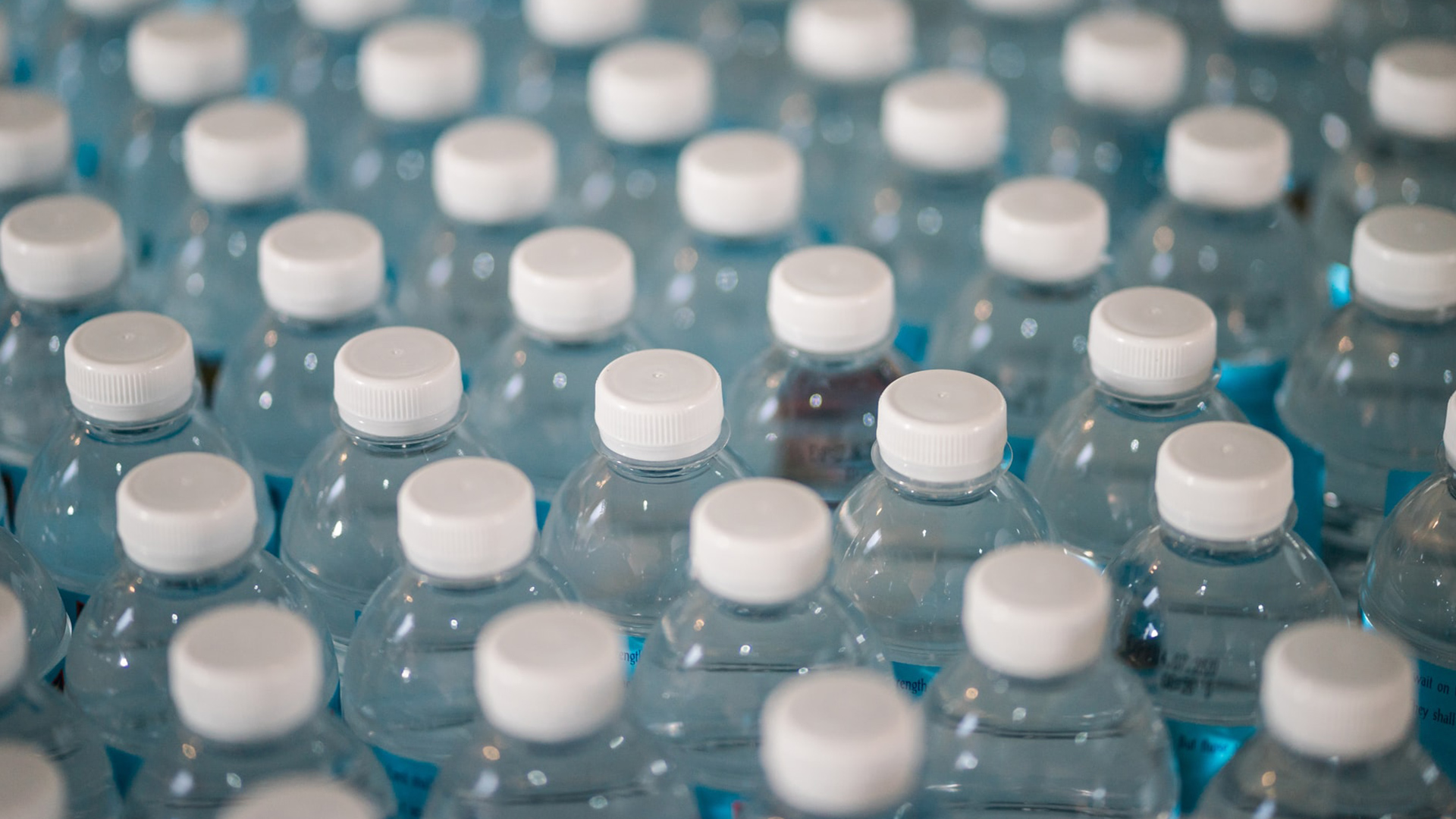 So remember, reducing the negative impact of the productions and maximizing the positive impact is already possible and will allow us to achieve a double objective: to turn the sector into an ally of Sustainable Development and to improve the attention to the demands of producers and brands already committed to the environment.

When in a production we have to select one or several locations to make our shooting, whether they are included in our file or not, we should always keep this in mind:

THE PROTECTION OF THE LOCATIONS AND THEIR ENVIRONMENT

As we know, each production is an entire world, so we need to know the type of production we want to make. By knowing this, we can minimize the possible impacts that may affect the locations and their environment.

USE A SUSTAINABLE COMMUNICATION

Communication is an essential tool to deliver information to all channels. Therefore, it is essential to implement sustainability measures for our productions.

We know that logistics and mobility in a production can be one of the most environmentally damaging activities of all those on this list. Therefore, planning logistics and sustainable mobility for our production is not something to be taken for granted.

We all know that when many people work together in the same place, it creates a lot of garbage, especially at lunchtime. There are many measures we could take to make our catering more sustainable.

Reducing the consumption of materials, of whatever kind, will always promote environmental sustainability. But in a production, in addition to benefiting the environment, it can mean significant savings.

Reduce, reuse and recycle. Implementing measures to reduce, reuse, separate and recycle waste is one of the most commonly adopted social measures in the world. But now we have to apply these same values to our productions.

Minimizing energy consumption is one of the most important measures to make our production more sustainable. But reducing is not enough, we have to try to be efficient with the energy we consume.

WATER CONSUMPTION, THE MOST IMPORTANT RESOURCE

Water has always been one of the most important resources, besides being a limited and very expensive resource. Reducing water consumption and doing it efficiently will make our production sustainable.

If we take all the above measures, we will be able to make an evaluation of our sustainability model and obtain its corresponding validation. In this way, we will encourage this kind of practice and be a sustainable producer.

BESIDES  FROM SAVING THE WORLD, WHAT ARE THE ADVANTAGES OF SUSTAINABLE PRODUCTION?

The saving cost associated with sustainable production practices are increasingly being highlighted as part of the business case for the film project.

Green Screen Toronto led the way in 2009 with the publication of the “Green Practices Handbook,” one of the first industry reports to note cost savings from sustainable practices in large films. This report focused on the consumption of supplies.

For example, feature productions can use hundreds of thousands of sheets of paper for scripts and reviews, call sheets and office activities.

By reducing the use of office paper by 20% and printing on both sides, a production could save around 15,000 euros.

Just this year, PGA Green, a non-profit organization formed by the Producers Guild of America in 2009, published a report designed to spread awareness of sustainable filmmaking, Going Green & Saving Green: A Cost-Benefit Analysis.

Savings in the 60% budget line were possible through such simple measures as the use of rechargeable batteries and a 50% saving in the water budget by switching from plastic water bottles to water jugs.

Obviously, being an environmentally sustainable producer is rewarded with subsidies provided by the competent organism of each country.

And for greater efficiency, a tool has been created at European level that measures the carbon footprint of audiovisual productions.

It will include resources to educate producers about the impact of their activities on the environment and help them with planning to facilitate sustainable filming in different regions of Europe.

This tool will be tested on 15 productions to enhance the user experience with the results obtained.

The project started in May and will last until November 2021, with an economic funding of 80,000 euros.

In Spain, Mexico and Costa Rica

We live in a world that is becoming more polluted every day. Many are the measures that are carried out every day against pollution, and we, as a sustainable producer, join the change for a greener world.

Now that you know what are the tricks that can make a more sustainable production, it is in our power to apply them to be able to work comfortably with the environment and with ourselves.

The 31 best locations to film in Spain